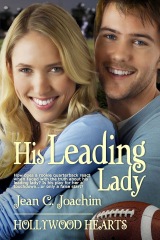 How does a rookie quarterback react when faced with the truth about his leading lady? Is his play for her a touchdown or only a false start? A chance meeting with gorgeous actress, Penny Thatcher, has Mark Davis smitten. Luck breaks his way weeks later when he meets her on a blind date. After an all-out blitz to win her affections, the public revelation of an ugly secret intercepts his forward progress. Will Mark get tackled by the humiliation? Is he in the game to win or will he walk away from her, chalking it up to a fumble on the goal line? 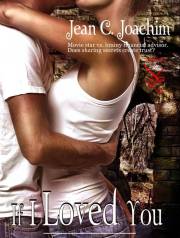 If I Loved You – Hollywood Hearts 1

Does love always mean total truth? Successfully shunning the limelight was one way for Megan Davis to keep her family secret. The press intruded on her life when her twin brother, Mark, became the star quarterback for the Delaware Demons. A smart, successful financial advisor, disrespectful of tabloid superstars, Meg was shocked when she was selected to launch a celebrity division in the prestigious investment firm, Dillon & Weed and overwhelmed by the charisma of her first client.

Gorgeous, magnetic movie star, Chaz Duncan, wary of women who wanted to bask in his fame or sell his secrets to the media, valued privacy above all else. Would attractive Megan Davis, his new financial advisor charm the truth from him or would he continue his high profile but lonely existence to keep his secret safe? Jealousy, deceit and scandal threaten two careers and the quest for true love and trust in this roller-coaster-ride contemporary romance. 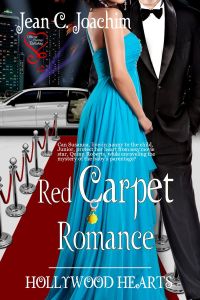 Why is gorgeous, rich movie star, Quinn Roberts, sharing his space with a baby he calls “Junior”, if it isn’t his own? Susanna Barnes, his beautiful live-in nanny, can’t figure him out and Quinn refuses to comment. Though wildly attracted to him, his distance from the adorable child puts Susanna off.

Daughter of “Coach Joe”, famous college basketball coach and an assistant art curator at a well-known art museum, Susanna lost it all at the hands of a drunk driver. Her dad was killed and her job given away while she recovered in the hospital.

Forced to find another job, she relies on her experience with her sister’s three kids to show Quinn she can take charge. Their overwhelming mutual heat melts his guarded heart and her reserve until a slip of the tongue shatters his dreams. Will she unravel the mystery of Junior’s birth and will they regain lost trust? 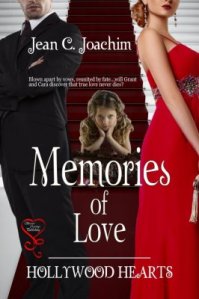 Cara, starring in her first movie, discovers she’s pregnant. When calling Grant, her lover, to tell him, she’s blown away by his quickie marriage to Evelyn. Separated by three thousand miles, Cara must struggle on alone. Incapacitated by illness, she’s forced to give up her child to Grant and his wife. Cara pursues a successful screen career as a leading lady while Grant and Evelyn raise little Sarah.

Despondent over the absence of her daughter, Cara pays an investigator to take pictures so she can watch her grow up from afar. Unbeknownst to her, the pictures inspire a predator who lurks in the background.

Five years later, Fate strikes, reuniting Grant and Cara by chance. Marriage vows and a jealous wife stand between Grant and Cara. A wily pedophile threatens Sarah’s life. Will the former lovers overcome huge obstacles and discover that true love never dies or lose it all? 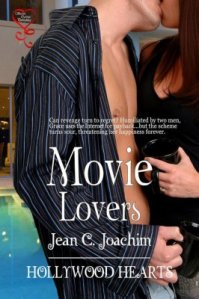 Brewster makes the biggest mistake of her life. Feeling humiliated by Quill and Jake Matthews, her sister’s Broadway co-star, Grace vows to even the score with both men. Using an alias and the Internet, she executes a genius payback plot. Her attacks hit their mark, wounding her intended targets. But she didn’t count on her sharp words going viral before she can blink, taking the injury to a new level.

Her satisfaction is short-lived when the scheme turns sour. Her plan backfires, turning into a huge secret she shares with a cold-blooded tabloid journalist. Can she trust this ruthless opportunist to keep her secret from the man she loves and the sister she adores? Or will she be exposed and robbed of the only happiness she’s known since the death of her beloved mother? 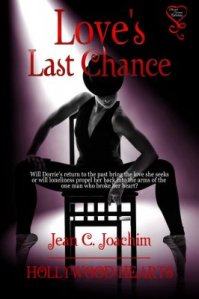 Dorrie Rodgers left three men behind in New York when she moved to L.A. to dance the lead in a movie. Engagement to a powerful producer made her life complete. But an accident ended both her career and her engagement.

After three years of struggling along teaching yoga, Dorrie is hired to choreograph a movie. Wanting to share her joy at this fabulous chance to resurrect her career, she is determined to end her single status.

Questioning her decision to leave each of three attractive men five years ago in New York, Dorrie returns to the Big Apple for one more day with each. Was she hasty in her decisions to leave them behind? Will one of these men make her change her mind? Will her return to the past bring the love she is seeking or will loneliness propel her back into the arms of the one man who broke her heart? 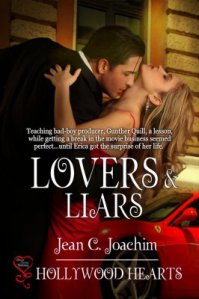 Alone in the world, Erica Wheeler needed a job or face eviction. The aspiring actress harbored a lifelong dream of movie stardom. She knew she had the talent, all she needed was a chance. Her roommate, Amy, plotted revenge on her former boss, sexy, bad-boy producer, Gunther Quill, for firing her. Together she and Erica bent the truth like a pretzel to get her a job working for Quill. He surprised her. Was he the same mean man Amy described or was he simply a smart, ambitious man on his way to the top?

One thing Gunther Quill hated was a liar. Hard, tough, seductive and brilliant, he prided himself on being truthful. With his sharp, new assistant, Erica Wheeler, he’d soon be the most powerful producer of musicals in Hollywood and on Broadway. Nothing could get in his way, except maybe, falling in love. Can liars become lovers?